The Autosub Long Range AUVs (ALRs) are a new type of AUV with a depth rating of 6000m. Although a third the weight of the older Autosub3 and the Autosub6000 AUVs, they are able to travel greater than ten times the distance and can be deployed for over a hundred times the duration.

The key to achieving this performance is efficient propulsion at slow speed (at 0.4 ms−1), and by keeping tight control of the power used by the AUV sensors and control systems. One area in which recent advances in technology has helped make this possible has been in the development of microprocessors for devices such as mobile phones which have ample processing power, but which use very little energy.

In March 2016 the Natural Environment Research Council launched a campaign to find a name for the UK’s next world-class polar research ship. One suggestion in particular captured the nation’s imagination and #BoatyMcBoatface was soon trending on Twitter and being talked about all over the world! The ship was named another popular choice, RRS Sir David Attenborough, but the popularity of ‘Boaty’ could not be ignored, and so the National Oceanography Centre’s Autosub Long Range autonomous vehicles now proudly carry the name. 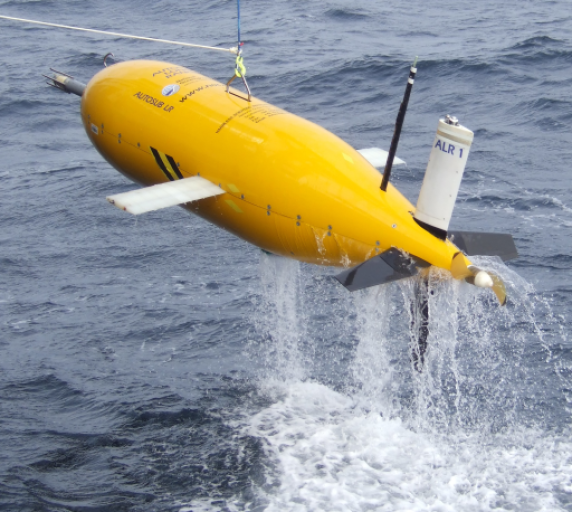